A Beverly Hills native, Josh is a graduate of Beverly Vista School, Beverly Hills High School, UCLA (B.A., History), and Loyola Law School (J.D.) As an attorney, he is admitted to the bar in Washington DC, the US Tax Court, the U.S. Court of Federal Claims, the Court of International Trade, and the US Supreme Court.

Josh is frequently in demand as a television and radio commentator, focusing on the subjects of local and state politics, campaigns, entertainment, public education, real estate, and all things Beverly Hills. Past appearances include media outlets such as CNN, KIRN, WUST, USA Today, and many others.

Josh comes from a well-known broadcasting and media family. Josh’s late grandfather Jack O. Gross founded KFMB Channel 8, the first television station in San Diego in 1949, and in 1952, was one of the first owners of the San Diego Padres. Josh’s late uncle Laurence Gross served for many years as the entertainment critic on KNSD, the NBC television affiliate in San Diego.

A strong supporter of public schools, in 2006 Josh was elected president of the Beverly Hills High School Alumni Association, which represents over 20,000 Beverly High graduates living around the world. 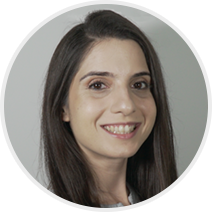